Study Abroad and Internationalizing the Academy 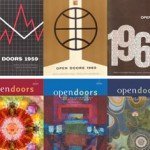 A recent article from the Chronicle of Higher Education (“Business Schools Worldwide Fall Short on Globalization, Report Says”) notes the results of a three-year study on globalization undertaken by an international task force of business school leaders. The report highlights a number of curricular gaps, such as that between overseas experience and curricular content, noting that “most business schools place more emphasis on studying abroad than on developing and integrating global content within the curriculum.” The overall conclusion? According to Dean Robert F. Bruner of the University of Virginia’s Darden School of Business, who led the task force, “The big takeaway from this report is the sobering message that schools can’t hide from globalization.”

It’s hard to hide from the world; where can you go?

The challenges of globalization are—forgive the pun—not localized to business schools. As the academy adapts to an increasingly international world, the study-abroad program landscape has shifted. More than half of the schools participating in the 2010 OpenDoors Report reported an increase in the number of students studying abroad in the 2008-2009 academic year, but the overall number of U.S. students studying abroad declined for the first time on record. Most of the decline came at the expense of short-term (<8 weeks) programs, which remain more popular than long-term study abroad, perhaps because they are accessible to students “whose financial or academic needs preclude a longer stay.”

The OpenDoors Report also found that more students are studying in countries outside Western Europe, including the Middle East, Asia and Oceania. This news offers a glimpse of a more diverse global future, but the value of this increased internationalization will be squandered if business schools and others cannot help students apply their experiences to the creation of useful knowledge. Many students, for example, encounter challenging cultural differences while they are abroad. If the process of reflection and adaptation on such challenges is absent, an individual may fail to make meaning out of such events.

Higher Education cannot simply tout the value of an “internationalized” or “globalized” education without ensuring that pedagogical choices across the curriculum integrate global themes—whether they be the result of a study abroad experiences or the culturally diverse nature of daily life at home.